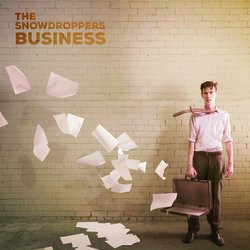 Due to overwhelming demand, Sydney blues-rockers The Snowdroppers will release their new album ‘Business’ a week early – with the album available in stores and online Friday 28th August.

The band last week launched the album’s 2nd single ‘Devil Child’; A glorious slice of fuzzy upbeat grooves, mixed with an overwhelming sense of lyrical paranoia; “But I feel like something’s creeping up behind me again”.

The album’s twelve tracks, an unpredictable fusion of everything from classic soul and r’n’b, fuzzed-out stoner riff-rock to distorted country.


Third single from the album ‘Maryanne’ is out now and it is a return to the hard rocking four-to-the-floor beat Snowdroppers fans know and love.

Other tracks by The Snowdroppers: Devil Child
%