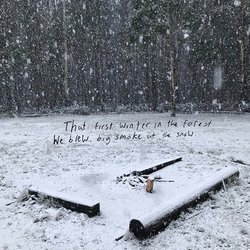 The Smith Street Band are gearing up to release their fifth studio album. Following on from "More Scared Of You Than You Are Of Me" of 2017 which landed triple j’s Feature Album and debuted at #3 on the ARIA Album Charts (Australia), and first cut from the album, ‘Death To The Lads’ fast became a live anthem and appeared in 2017’s triple j Hottest 100 at #21.


'Big Smoke' was produced by the band's bass player, Fitzy, recorded in the band's own, newly built studio which operates entirely off grid, hidden in the wilderness of regional Victoria.

A song about moving to the bush, falling in love, living somewhere it snows for the first time, only owning one pair of nice pants, and being insecure.