The Shang - Long Way Up 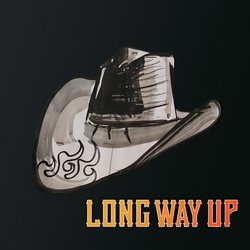 In the Summer of 2016, four young men hailing from the depths of South-West of Sydney, the green pastures of Camden if you wish, decided that maybe it was time for a new beginning. This previously spoken of ‘new beginning’, at none other than the Camden Bowling Club, was to be the formation of The Shang. An infusion of dub, psych and old school, no-nonsense rock and roll was deemed to be the pathway that the four-piece would journey down.

In 2017, with a great amount of effort and deliberation, their debut single was born, and has since amassed upwards of 430,000 plays on Spotify. In order to follow this, with further effort and deliberation, their debut EP was released in the winter of 2017, titled The Kiki EP. Since then, The Shang has released two more singles and played countless shows in and around Sydney, and at the start of 2019, embarked on a national tour, growing their audience significantly, and selling out the world renowned/universally recognised Oxford Art Factory Gallery Bar.

The four horsemen of the far South West have since been writing and preparing for their sophomore EP, due in early 2020, so the tale goes.


‘Long Way Up’, is an alternative rock single with elements of Australian and UK rock. Recorded, produced and mixed at The Grove Studios by Jack Nigro, who’s production credits include, DMA’s, Ocean Alley, Violent Soho and many more. The boys will also be taking their single on the road around the country for a headline tour kicking off in April.