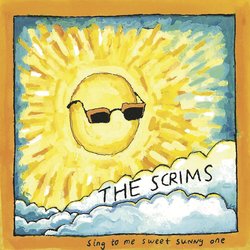 Described as Gypsy Doof Doof The Scrims have been busking and performing almost in every location possible, up and down the coast of Australia, there isnt a show where these five young men wont get everybody up and jiggin around. The bands talent for writing quirky songs with a dark tone, all the while keeping a happy beat that gets the dance floor going has gained a huge following around Melbourne and Australia.

The Scrims have had notable gigs such as Woodford Folk Festival, Port Fairy Folk Festival, White Night Melbourne, Newstead Folk Fest, Warrandyte Fest, Falls Festival, The Hills Are Alive Festival, a packed out residency at The Workers Club and performed as part of the Melbourne Fringe and Comedy Festivals with cabaret show Highs Lies and Shoestring Fries.

The Scrims are releasing a fully original LP in April 2017, featuring the band’s quirky songs, a plethora of musical styles, a guest performance from Rowena Wise and was recorded and produced by Myles Mumford at Rolling Stock Recordings.


Misty Mountainside is a driving bluegrass tune, with an upbeat edge, and dark lyrics about the loss of love and the coldness of winter.

Other tracks by The Scrims: Show Me Your Moves  -  Queen Of The Bay (feat. Rowena Wise)
%