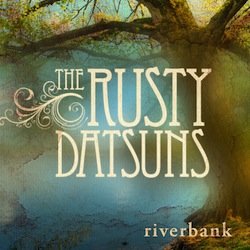 A fresh take on modern folk, with a healthy bluegrass twinge, The Rusty Datsuns have been winning hearts and inciting hoedowns since forming under the extra-ordinary conditions of the infamous Brisbane floods of 2011.

Taking refuge in an old high-set Queenslander while the waters rose, the three pieces sung harmonies around the kitchen sink to raise their spirits even higher.

Riding a wave of success since the release of 2011’s EP ‘Let It Rain’, and with festival appearances around the country, The Rusty Datsuns return with the release-tour for their debut full-length album ‘Riverbank’.
A love of music, wine, and life on the river provide the backdrop to an album that serenades you with its sweet sounds, delicate songwriting and soul-wrenching harmonies. With the Rusty’s (Sian, Al and Fern) joined by Rob Davidson (double bass), Laura Driver (cello) and Steve Wallis (Harmonica), the resulting album, recorded at Incremental Studios is an ode to bluegrass, folk and toe tappers everywhere.

With The Rusty Datsuns touring nationally in September and October 2013, waltz down to the water's edge and get reacquainted with the Rustys. With a looming hiatus, this may be your last chance!


Honeybee is a delightful ditty exploring metaphors for the natural order using some simple science.

Other tracks by The Rusty Datsuns: Riverbank  -  Don't Wait
%