The Ruckus - Devil (Lets Get Weird) 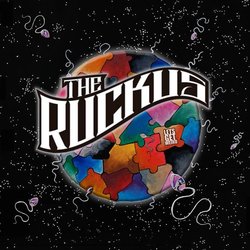 The Ruckus, formerly known as Bonez, is a 5 piece independent Australian Rock band from Sydney founded in early 2013. Since its formation, the band has achieved significant recognition amongst the national Rock/Blues music scene with their persistent touring, electrifying stage antics and originality, earning them a rapidly growing, dedicated fan base.

Their first EP, “On the Pig’s Back”, was launched to a sold out crowd at Sydney’s Vanguard Theatre in March 2014. The single 'Remember My Name' accumulated spins in over 60 radio stations across Australia and New Zealand.

However it is in their highly energetic and unique live performances that the band truly come alive. The lads have shared stages with the likes of Stonefield, The Baby Animals, The Radiators, Sticky Fingers, The Fumes, Skunkhour’s Del Larkin and You Am I’s Davey Lane, never failing to ignite high pitch reactions from both punters and industry with their performances.

“Bonez were the perfect combination of early Red Hot Chilli Peppers-style funk and Rage Against The Machine-style ferocity. With their Clockwork Orange derangement, they carried off an effortless cool vibe to match their colourful percussion and dark bass lines.” Reviewed Jessica Holton for The Music Magazine in 2014.


We all have a Satan and an angle who conduct a non stop debate inside our heads, providing opposing moral compass toward our behavioural patterns. This song is about the Satan being right….we all need to blow steam once in a while to ‘balance’ things out…LETS GET WEIRD!!!!

Other tracks by The Ruckus: Lemonade
%