The Royal Artillery - I Don't Need To Know Your Name 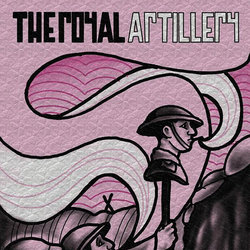 The Royal Artillery bring a renewed approach to the White Stripes / Black Keys school of blues-rock duo, marrying those catchy and groovy aspects with stiffer and heavier sounds. The smoke-and-mirrors tactics adopted by many of their contemporary counterparts have been banished, with the band throwing down a mammoth live vibe, often lost in the digital age.

TRA had planned to work with reputable producer Magoo in 2016 but last minute lineup changes saw their evolution to a duo, culminating in a new approach and an entirely new live-set. Frontman and founding band member Zed Charles has led the band through the transtition, re-affirming the act's live presence on the festival scene (Wollombi Music Festival, Dead of Winter, Mojo Burning) and in Brisbane, notching up select plays on Triple J, charting in the 4ZZZ Hot 100 and winning Crowbar's 'So You Think You Can Shred' guitar competition.

The duo have also supported the likes of Butterfingers, Transvaal Diamond Syndicate, Hobo Magic, The Dead Love and CHILD this year alone, along with having Rock legend Nick Oliveri (QOTSA/Kyuss) share the stage with the band at this year's Mojo Burning Festival in Brisbane.


With heaving riffs and dynamic thumping rhythm, The Royal Artillery are back and more Blues Rock-energetic than ever with new track 'I Don't Need To Know Your Name' which launches from traditional riff to out-and-out explosion with ease.