The Reversals - Coming Down With You 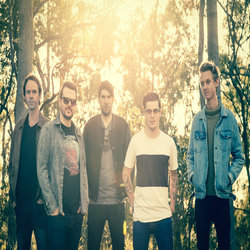 Forming a new lineup at the end of 2014, Brisbane 5-piece The Reversals have followed up their debut single with a Fleetwood Mac inspired track ‘Coming Down With You’.

The band worked with Steven Schram (San Cisco, Shihad) and Yanto Browning (Art Of Sleeping, The Jungle Giants) to produce the single, which will be supported by a national tour in September. ‘Coming Down With You’ is set to be the opening track of a debut EP release in early 2016.

The Reversals have performed at numerous festivals over the past year, including Caloundra Music Festival, Toowoomba Blues & Roots Festival, Tablelands Folk Festival, Adelaide Fringe Festival, Bleach* Festival, and most recently The Village Festival in Yeppoon.

With one foot in the past and one in the future, The Reversals draw you in with their smooth grooves, layered vocals and memorable guitar hooks.


Precious metals like gold are refined through harsh hot places! For The Reversals, personal challenges have produced a smooth new Fleetwood Mac inspired single 'Coming Down With You'.