The Quick and The Dead - War 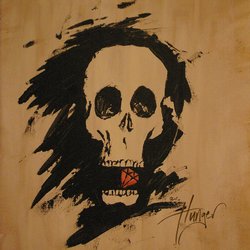 The Quick & The Dead are three brothers (two biological) from north-east Victoria who express their insides through audible art.

Growing up playing music together it was a natural progression for them to start writing/performing original material and with varied musical influences (U2, The Almost, Led Zeppelin, Switchfoot, Bob Dylan, Robert Johnson) they have created a unique sound that feels familiar yet somehow doesn't quite fit in a box.

They got to recording early 2014 with Nathan Warrick (Kane Audio) and, inspired by early stories of Led Zeppelin, The Beatles and a budget, tracked instruments all simultaneous/live to capture the raw, connected feel of a three piece rock outfit. Add vocals recorded a few weeks later then fast track to June 2014 and they are ready to release their debut album “Hunger” and show the world what they are capable of.


"War" is a track that makes you think about the images seen constantly on TV and newspapers. A soulful track with a simplistic approach.