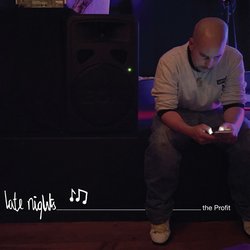 The Profit is one half of the popular hip-hop group Izzy N The Profit based in Central Coast of New South Wales. The Profit rose to fame with his first single called ‘Late Nights’ was featured on Triple J National Radio after a successful social media campaign. The single was a number of his new album of the same name and was released in May by Krosswerdz Recordings.

He initially experimented with a new style of hip-hop music which shows a true evolution in the hip-hop world over the years.

The profit has made successful tours to many parts of Australia along with Relic, Mistery & Propaganda as well as several collaborations with sensational artists such as Sevin, Wizdm, DJ Maniak and Rezadent. The Profit is famous for exciting live shows that keep his audience engaged. His music is the perfect blend of traditional and new ways of hip-hop music. He has started influencing the young generations as well as the old. . Other singles which are played on the radio from the album ‘Late Nights’ ” are “Bite Ya Tongue” and “Take Control” which are frequently heard and have made a place on the music charts too


Late Nights is a song that keeps the listener feeling the creative vibe of hard work an fatigue, capturing feelings of frustrations and strength that comes from hard endeavours.

Other tracks by The Profit: Bite Ya Tongue  -  Take Control
%