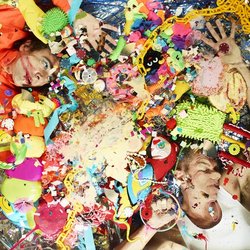 
Kim suggested we find an African choir to sing the melody in the chorus, we came across the St Paul’s Lutheran Church Choir. They were amazing. We thickened out their singing with some more singers from LA to get the rich vibe we were looking for.