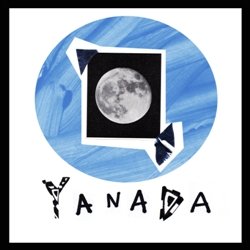 With a week till release of highly anticipated second album 'Girlhood', The Preatures share their most significant single to date, ‘Yanada’; the Indigenous Sydney Dharug word for 'moon' and is a collaboration between respected Darug Songwoman Jacinta Tobin and frontwoman Isabella Manfredi.

The video was directed by Nik Lachajczak and produced by Alison Page, an award-winning duo creative at the forefront of contemporary Australian Aboriginal design and storytelling.

The Preatures have started a campaign to assist the AIATSIS raise funds that support their urgent work in documenting Indigenous languages.


"Yanada is a song about doing something outside your comfort zone that leads to a discovery of a different world...about a connection to the land I call home, Sydney - and the role Indigenous language plays in this connection", shares frontwoman Isabella Manfredi.