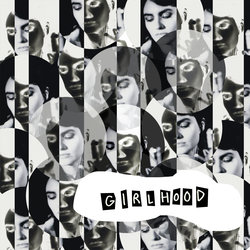 That’s all it takes for beloved Sydney band the Preatures to announce their return with Girlhood, a song that deals with the contradictions of modern womanhood while paying homage to the Divinyls, the Pretenders and the Angels.

Girlhood references Carrie Brownstein from Sleater-Kinney’s memoir Hunger Makes Me a Modern Girl – a brutally honest tale of navigating the music biz as a female artist – and the canon of feminist punk. But Izzi and the Preatures translate these concepts into something more playful.

Girlhood toys with the duality of womanhood; it is strong yet sensitive, forceful yet vulnerable.

The song sets the tone for the much-anticipated follow-up to 2014 hit album Blue Planet Eyes. The Preatures have spent the past year and a half refining a record that reflects their charismatic singer’s growth as a songwriter and the quartet’s development as a recording entity.

The album was recorded and produced by Moffitt at their Doldrums studio in Surry Hills, before the band enlisted acclaimed mixing engineer Bob Clearmountain, who has worked with everyone from Bowie and Bruce to Aussie icons INXS, Divinyls and Crowded House.


‘Girlhood’ is driving and infectious; a call-to-arms for young women to become the heroine of their own story.

Singer Isabella “Izzi” Manfredi demands “Give me heroism, give me what is mine” with the knowing nonchalance you might expect from Chrissie Hynde or Chrissy Amphlett.