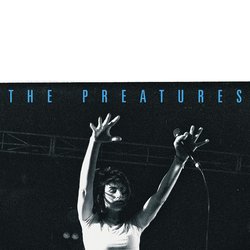 In 2014 the band performed at SXSW, Coachella, Bonaroo, Glastonbury and completed a headline European/UK tour including a sold-out London show at infamous venue Water Rats. They returned home in July to embark on their first national tour, playing sold out shows across the country including Splendour In The Grass where they created an ‘…absolutely scorching atmosphere’ – APHRA MAGAZINE. They completed a whirlwind US tour, including performing at the Teen Vogue Party, supported The Rolling Stones in Sydney, and completed another national tour in Australia.

Worth a reminder, ‘Is This How You Feel?’ was a straight-up smash; the single was #1 Most Played on Triple J, nominated for Best Pop Release at the 2013 ARIA Awards, won the FBi SMAC Award for Best Song, labelled Pitchfork’s Best New Track and is set for a top spot in Triple J’s Hottest 100. The track won the coveted first prize in the Vanda and Young Songwriting Competition.


‘Cruel’ is the next single from Blue Planet Eyes, an infectious favourite described by FasterLouder as a “self-described guilty pleasure” and “one of the best songs here”, while the AU Review hailed the track as “The Preatures' at their best”. Reviews and praise simplified; it’s just too fun.