The Prairie Oysters - On A Wing And A Prayer 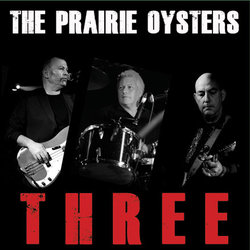 Since their formation in 2005, The Prairie Oysters have become one of Australia’s hardest working bands having performed at venues and major events such as Tamworth, Deniliquin Ute Muster and music festivals and venues around Australia.

The Prairie Oysters have built up a very diverse audience playing a killer set of Country, Blues and Rock making them popular with country music fans, pub crowds, inner city bar and music club patrons and anyone who loves “music to drink and dance to”.

Their hard work and popularity has been recognised with several awards and nominations including a Golden Guitar nomination and the $10,000 People’s Choice Prize at the AIADO Awards in Sydney.
The Prairie Oysters are a guitar band whose influences are wide ranging from Johnny Cash to Creedence to Cold Chisel to Paul Kelly. Their versatility and their musicianship and their sense of fun make their shows an
event not to be missed.

While the band is centred on a nucleus of three members, The Prairie Oysters tour as a four or five-piece band bringing friends along to compliment the line up.


On A Wing And A Prayer written by Tony Bonnici is all about dealing with change. It's got a laid back "Jimmy Buffet" feel to it with an "up" vibe to the lyrics. The song is dedicated to anyone who's lost a job or had to face a major change.

Other tracks by The Prairie Oysters: HiLux Blues  -  A Hell Of A Way To Find Heaven
%