The Plum Trees - These Wandering Eyes 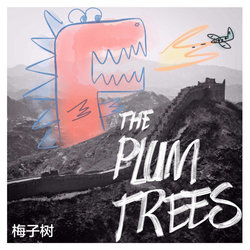 Shannon first discovered her passion for singing when she transformed a poem she wrote in high school into a song. Soon after that she started regularly busking at various markets in Fremantle, which helped develop her unique style of singing & quirky vibes.

Clancy started playing the bass guitar in his late teens and decided it wouldn't be a bad idea to jam with his younger sister. It was this moment, sitting in their family lounge room, that they realised that their musical talent combined created something special. And so in 2012 The Plum Trees were first formed by siblings Shannon (vocals/guitar/ukulele) and Clancy (bass) in Perth, Western Australia 2012.

They then spent three years living in Beijing, China where they thrived in the local music scene and recorded their debut self-titled album at Psychic Kong Studios.

Now back home in Perth, The Plum Trees continue to showcase an all original, ever-evolving sound that expands from light-hearted folk/rock to darker experimental tones.


'These Wandering Eyes' were written by Shannon and tells the tale of love left unspoken. Her immense voice control signifies the ups and downs of her emotions through the application of low and high pitch sounds.

Clancy leads the music by controlling the tempo of the song with solemn bass tones, that also complements the mood of the lyrics.


Other tracks by The Plum Trees: My Calling  -  Nature's Sound
%