The Pinheads - I Wanna Be A Girl 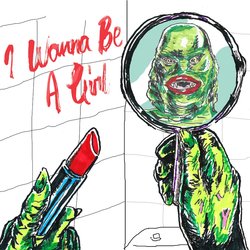 The Pinheads are a six, sometimes seven piece rock n roll outfit who can be found ten-pin bowling and eating slimy pizza in the suburbs of the Illawarra.

They were raised on garage rock and horror films and it’s what has made them the eyeball-melting, skull shrinking group you'll never forget as they crawl out of the crypt and into your mind.

In less than a year the band has already begun to clearly define themselves by some fuzzy, raucous rock 'n roll and a wild screaming live show to boot. The band is a sight to see, putting on some of the highest energy, most unpredictable and noisy shows around and has been known to melt people into puddles and horrify the audience.

Recorded entirely by themselves in their barn amongst the bush (a derelict abattoir), The Pinheads have now completed their debut EP 'I Wanna Be A Girl' and it's to die for. Mixed and mastered by Owen Penglis of Straight Arrows,they have managed to create their own spicy cocktail of psych and rock 'n roll.It’s a record that will feel and sound familiar in a way yet still stand alone and remain totally unique.


I Wanna Be A Girl is the title track and first single from the bands forthcoming EP. The EP was recorded entirely by themselves in their barn amongst the bush, and mixed and mastered by Owen Penglis of Straight Arrows.

Other tracks by The Pinheads: If I Have to Wait
%