The Pigs - T-Boneʼs Boogie (That Itch Is You) 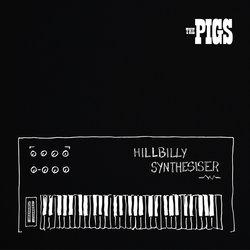 The family that plays together, stays together and bluegrass band, The Pigs, are living proof as they prepare to unleash their first all original album on the world. Having played music together in the hillbilly mountains of Australia for many years, some say hundreds of years, The Pigs decided in 2004 to come from the remotest corners of the outback to form the band in Sydney.


T-Bone Pig gets in touch with his sensitive side on this track, a beautiful love song in true Pigs style - sprinkled with plenty of humour. This song is about falling in love and being unable to think of anything but your love and needing to scratch an itch, in this case.