The Peep Tempel - The Incarceration of Lester Moore - Internet Download 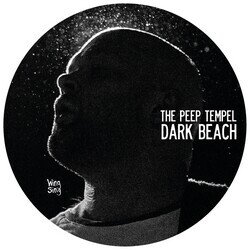 Originally a two-piece, The Peep Tempel released two 7" singles “Fatboy” and “Thank You Machiavelli” before expanding to include a bass player and recording their debut LP in Melbourne with producer Clinton Kraus in 2011.

2012 saw the band release their debut LP through the Melbourne independent record label Wing Sing Records, tour relentlessly up and down the east coast of Australia, before undertaking a 14 date tour of Europe, playing shows in France, Switzerland Germany and The Netherlands.

After a year of showcasing their unparalleled live show to audiences in Australia and abroad, The Peep Tempel are now preparing to follow up to their much lauded and respected debut album. Again teaming up with producer Clinton Kraus, The Peep Tempel have recorded their next release, an EP entitled Modern Professional, due for release in mid-2013.


The Incarceration of Lester Moore from The Modern Professional EP sees The Peep Tempel stay true to their raw, frenetic and unyielding sound.

Other tracks by The Peep Tempel: Dark Beach
%