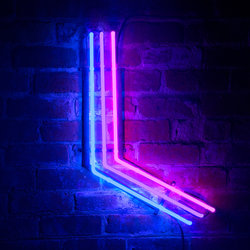 “It was wild to write until you are so tired that nothing sounded too over-worked – songs didn't feel restricted by a commonly analytical brain. This record is the sound of five people trying to make something they're proud of... And we really are.”

Pre-dawn lyrics and lush, late night melodies: twelvefour is the gorgeous second album from Melbourne five-piece The Paper Kites. It’s been four years since the quintet first formed and turned heads with EP Woodland (followed up by 2013’s Young North) – and quickly became one of Australia’s best-loved live acts, particularly with the release of their acclaimed 2013 longplayer, States . That record delivered favourites such as ‘St Clarity’, ‘A Lesson From Mr Gray’ and ‘Young’ (including a J Award-nominated film clip for the latter), the release reaching #17 on the ARIA Album chart.


'Renegade’ is the next single from The Paper Kites’ critically acclaimed album twelvefour which was released in August 2015 and debuted at #8 on the ARIA albums chart.

Other tracks by The Paper Kites: Revelator Eyes
%