The Outdoor Type - Are You Happy 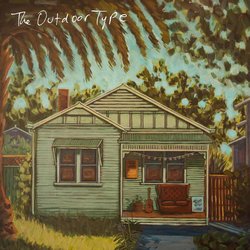 The Outdoor Type is a new Melbourne act led by Zack Buchanan and is today excited to announce the release of his debut single When The Sun Goes Down and self-titled debut EP. The Outdoor Type impressed a lot of people late last year with the release of his track Are You Happy. What was meant as a teaser quickly attracted a lot of attention from all corners of the globe and gained 30,000 Soundcloud spins in no time. Now he is set to release his first single and debut EP with launch shows scheduled for Melbourne and Sydney this coming May.

The first single from the EP is titled When The Sun Goes Down and sonically is a blend of alt-country guitar and analogue synth drones, reminiscent of homegrown acts from the 80’s. The EP itself was recorded in Melbourne and co-produced by Colin Leadbetter (Whitley) and The Outdoor Type.

Other tracks by The Outdoor Type: When The Sun Goes Down
%