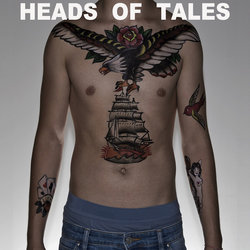 The New Yorks are a four-piece alternative/ indie rock band from Adelaide, South Australia. Their modern sound is described as "self-assured angular rock inspired by the likes of The Strokes and The Cure" - Peter Lykouras of Tone Deaf.

Their debut EP, 'Heads of Tales' mastered by Jack The Bear (previously worked with Australian acts including British India) borrows greatly from east coast indie rock and demonstrates influence from the 90’s wave of garage rock. This backbone is complimented by the reoccurring homage to 1970’s disco rock with articulated bass lines, rhythmic guitars and sing-along choruses. The New Yorks have support artists including San Cisco and Chet Faker.


A driving indie rock song that is just under three minutes in length. This track is perfect for drive time radio with strong overlaying hooks and a pacing tempo.

Other tracks by The New Yorks: New Age  -  First Flight to Tokyo
%