The Naddiks - Lost and Found 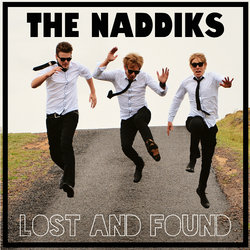 The Naddiks are a 3 piece Pop Punk band founded by Joel Steenbergen mid 2009.

EP Released 2010 (Get Evolved)
Debut album released 2012 (Amber Sun) Airplay on local radio stations in Auss through AirIt (Kalgoorlie, Sanctuary Point, Canberra, Adelaide)
Live and digital airplay in Canada, Germany, USA and Russia
Currently preparing to release they're latest (EP) named 21CB (21st Century Believer), with preview single release 'Lost and Found' already out on iTunes. The Naddiks have completely restructured the way they look and sound, with a message for the youth of this country based upon they're own beliefs and experiences.


Lost and Found is about having been lost in the world and corrupted by it's lies, then found through faith, a rebirth, a new beginning

Other tracks by The Naddiks: Human Condition  -  21st Century Believer