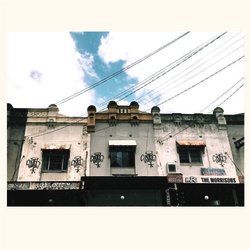 The Morrisons have appeared at Port Fairy Folk Festival, The National, Out On The Weekend, Secret Garden, Blue Mountains Music Festival and countless others, and have supported the likes of US trad. soul luminaries Lake Street Dive, Canadian alt. country icon Lindi Ortega, and fast-rising weird-country star Marlon Williams (NZ).

Cementing their place at the forefront of the local scene, The Morrisons spearheaded Sydney’s wildly popular Country & Inner Western fixture – presented by Lost Highway Australia – hosting such internationally acclaimed artists as Shane Nicholson, Emma Swift and Catherine Britt. The Morrisons’ own Man of Constant Sorrow: A Tribute to the Music of O Brother, Where Art Thou? showcase has sold out three years in a row (and counting), receiving marquee billing at the 2016 Spectrum Now and Vivid Festivals and featuring performances from Sydney mainstays including Ngaiire, All Our Exes Live In Texas and Brian Campeau. On top of which, The Morrisons have long enjoyed regular rotation on both Triple J, ABC Radio and Sydney tastemakers FBi. (Gareth Hipwell, 2017)


[Jimmy Daley] When I wrote this I was listening a lot to the Osborne Brothers and The Country Gentleman. Those bands were so good at merging the traditions of bluegrass with pop sensibility, songs like ‘Rocky Top’, ‘Matterhorn’, ‘Fox on the Run’. It’s my favourite period of bluegrass music.

Other tracks by The Morrison: Cumberland Plain  -  Melina