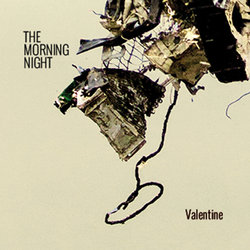 Established in 2009, The Morning Night evoke the great Australian songbook sound of The Triffids, The Go-Betweens, The Church and others, but add glorious harmonies, melodic hooks and the fresh energy of a new generation, updating the sound to now. Debut EP ‘Decide What You Want’ quickly racked up the accolades such as Drum Media’s single of the week, and debut album “Otis” was lauded by The Australian: “moves easily across a varied canvas … harmonies so thick you could carve them”. Hoffmann’s 2011 performances with The Triffids Australian and European tribute tour to their late leader David McComb, resulted in The Morning Night working with Brian Jonestown Massacre’s Ricky Maymi to produce ‘Otis’ in 2012. The intricate layers and harmonies of new recordings, in the form of second album ‘Amberola’ due in October 2013, along with advances in Hoffmann’s songwriting and vocals, sees the band set to gain wider acclaim with their alchemy of sounds from then and now.


Valentine' is a narrative of love, loss and the tragedy of the unattainable, with a hook driven chorus to belie the darkness that lies beneath.