The Money War - Life Is Better In Dreams - Internet Download 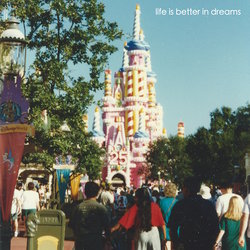 The Money War's years of globetrotting have profoundly affected both the lives and the music of its founding members Carmen Pepper and Dylan Ollivierre. Their forthcoming EP, Life Is Better In Dreams, owes itself to the beauty of Olliverre's ancestral home of Bequia, and the sheer wonder of New York's eternal metropolis.

Title track Life Is Better In Dreams is The Money War at their dreamy, heartwarming best. From its jangly, uplifting chorus to its video clip featuring footage of a young Ollivierre in the Caribbean and Pepper as a youngster on her family farm in rural WA.

Acclaim has followed the band, receiving airplay in Europe, America and Australia, to playing coveted spots at SXSW, Southbound and Festival Of The Sun, to touring with Meg Mac, Dope Lemon, Holy Holy and Neil Finn (who personally selected The Money War after being impressed by their songwriting).

Amassing over a million streams on Spotify, their songs have resonated in a way the duo only dreamed of. Whether inspired by dreams or real events, the songs are deeply personal, yet serve as an invitation for everyone to share these experiences as the band take you half way across the world and back.


Life Is Better In Dreams is The Money War at their dreamy, heartwarming best. From its jangly, uplifting chorus to its video clip featuring footage of the duo as youngsters. "We wanted to make a song that felt like one of those strange dreams that you wake up from and think, WTF?.”