The Money Go Round - Velvet Sky 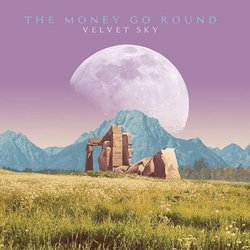 With the release of their previous single 'Endless Sun' with artist Jmotor on vocals the boys had a string of great live shows supporting bands such as a Papa Vs Pretty, the Snowdroppers, tours of the east coast with Kingswood,The Griswolds and the Belligerents TMGR are prepping for a super fun 2014 of releasing new music.
The Brother Duo is currently recording new material and looking to get out on the road as much as possible in the very near future.
The Goal is to outdo themselves with each release and look toward their long term goal of releasing a debut album.
Previous releases YaYaYa and Endless Sun received a string of positive reviews from the crew at Triple J as well as Endless Sun featuring as the network promo for Channel V's "For the Love of music" campaign in 2013.


Velvet Sky was recorded and produced by the boys in their home studio in Sydney's East.
"Velvet Sky is a little escape song, something simple to let your imagination wander to".