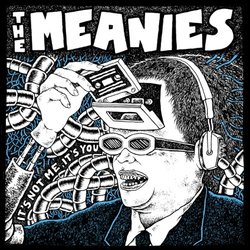 The Meanies have one of the most storied histories in the chronicles of Australian rock. Four mates that loved beer and punk rock came together in 1989 and somehow landed on a formula of snotty power-pop that would see them tour the world, supporting the likes of Nirvana, Pearl Jam, The Beastie Boys, The Lemonheads, Bad Brains and Fugazi.

At their peak, Link, Wally, DD and Ringo were selling records left, right and centre, establishing themselves as one of the country's most adored underground heroes. And when it all got a bit too much and they called a hiatus in 1995, they were one of the few that could never be accused of trying to cash in on the post-Nirvana boom.

Since reforming in 1998, they've kept things simple, playing a handful of shows each year to keep the spirit of The Meanies alive for what tallies up to a staggering 26 years (making them eligible for the Rock'n'Roll Hall Of Fame). It hasn't all been easy though - losing two mates along the way in guitarists DD and Tas, they've soldiered on with help from “Jaws” Stanley (The Onyas/ Casanovas) keeping the amps rattling and beers cold in their honour.


Freakout Forever is classic, vintage, singalong Meanies. Driven by riffage that would have Johnny Ramone blushing in envy and Link Meanies' unmistakable knockabout vocals, this is the punk rock beer-raiser of the summer.