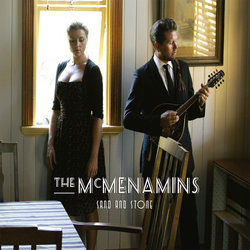 Siblings Fleur and Simon McMenamin have been performing together as The McMenamins since 2003.
Born, bred and still residing in Far North Queensland Fleur and Simon have built upon their classical training to produce three gorgeous acoustic albums of folk/alt-country. Their fourth album, "Sand and Stone", will be released in March 2013.
Relentless tourers, The McMenamins have performed all over Australia. In 2005 they toured nationally with Missy Higgins, Ben Lee and Americana superstar Ray LaMontagne, and their festival appearances include The Woodford Folk Festival, Tamworth's Country Music Festival and Peats Ridge.
The duo took their music to the international marketplace place in 2006, performing at Canadian Music Week in Toronto. They have since toured the US twice, playing three weeks of shows in Oregon, Texas and Tennessee in 2011, and returning in 2012 to perform at the Folk Alliance International Conference in Memphis, followed by a week of shows in Austin.
2013 is shaping up to be just as busy with a string of both regional and cap city dates already booked, including Byron Bay Bluesfest.


Up-tempo gem “Look For Me” features The McMenamins trademark sweet vocals, outstanding musicianship and charming lyrics. The first single from their upcoming album, "Sand and Stone", this track is another shining example of The McMenamins award-winning songwriting talents.