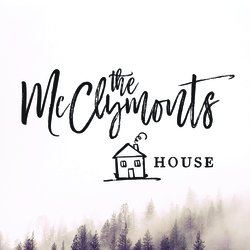 The McClymonts release a brand new single and announce details of a new studio album and release the dates for the first leg of a national tour.

‘Endless’ is the fifth studio album for sisters Brooke, Sam & Mollie and is produced by Andy Mak (Tina Arena, Vera Blue) and recorded in Sydney and the Central Coast. ‘Endless’ follows the highly successful 2014 album ‘Here’s To You & I’ which produced three hit singles including “Forever Begins Tonight” and saw the girls receive two Golden Guitar Awards for ‘Group or Duo of the Year’ and ‘Top Selling Album of the Year’ in 2015.

The McClymonts are acknowledged as Australia’s #1 Country Group and throughout their ten-year career they have released four studio albums which have achieved 2 x Gold Sales Accreditations, 10 x Golden Guitar Awards, 2 x ARIA Awards, an APRA Award and a CMA (Country Music Association U.S) Award for Global Artist of the Year. They have released twenty hit singles and toured extensively throughout Australia and the U.S. They are Ambassadors of Toyota Australia and charity organisations the McGrath Foundation and Legacy Australia.


10x Golden Guitar-winning Australian country group The McClymonts release brand new single 'House' from their highly anticipated upcoming album 'Endless', which will be released next year on Jan 13. In support of the album, their national tour will commence on January 25 at the Tamworth Regional Entertainment & Conference Centre.