The McClymonts - Going Under (Didn’t Have To) 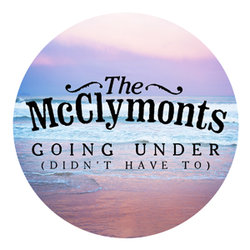 Since joining forces seven years ago, sisters Brooke, Samantha and Mollie McClymont have taken the music world by storm.

They have played hundreds of shows across Australia and the US, playing with artists as diverse Jason Aldean to Ozzy Osborne, including playing twice at the legendary Grand Ole Opry.

With the past three years split between the US and Australia, The McClymonts have decided to get back to their roots, and are writing and recording their latest album back home in Australia. “2014 is about giving 100 per cent of what we have back to our fans and developing our sound. We want to strip it back so you can hear just the three of us and our voices – which is what people get at our shows night after night” says Samantha.


Brand New Single! The McClymonts are starting 2014 off with a bang with the release of ‘Going Under (Didn’t Have To)’, the first single from their hotly anticipated fourth album.