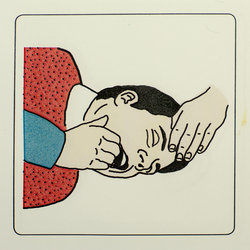 Multiple Australian tours, performances at SXSW, Canadian Music week, Music Matters in Singapore, shows in Hanoi and a five week tour of the USA with a 15 seater van and a George Foreman grill... After cramming all this into the last three years, WAMi Award winners The Love Junkies decided to lay low and get some rest. Following sold out shows at Jack Rabbit Slim’s and Badlands, the band took six months off from performing in the second half of 2016. It wasn’t long before they got the itch to get back in the rehearsal room and start making music together again.

Since the start of 2017 they’ve been in the studio working on new material and have re-emerged on the live front with performances including the inaugural City Limits Festival in Perth, sharing the stage with Gyroscope, Jebediah and Alex Lahey, and as main support for Spiderbait at their Metropolis Perth show, fulfilling a long time bucket list item for the band. In April The Love Junkies hit the stage at RTRFM’s In The Pines festival, for the second time.


New track off EP 'Cough and Splutter' which will be available June 30 digitally and July 7th physically.

'Cough and Splutter' is the first of two EP's to be released this year, both EP's will be combined into a vinyl release in October.