The Long & Short Of It - Just One Moon 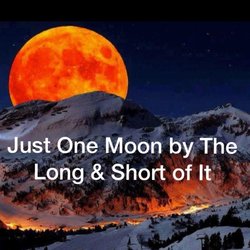 The Long and Short of It are a multi-award winning duo from Melbourne whose well-rounded country sound consists of smart songwriting, honest lyrics and superb harmonies. However, it's their live show that has really seen the duo earn the adoration of fans and critics over the last eight years.

Their last two albums were recorded in Nashville with Emmy Award winning producer, Kenny Royster. The Night Of Our Life immediately jumped into the ARIA country charts at #5, and ARIA Hit Charts at #3, and so far has remained in the ARIA charts Top 20. The first single release Jesus Money was balloted in the Grammy awards, and their second release Kangaroo Rodeo hit #1.


David sings, with his smooth tenor voice, “It circles the whole wide world from China to Peru, ain’t it amazing how it found me and you, when there’s so many lovers and just one moon”. Poignant really, as this describes the happenstance surrounding how David met his song-writing partner, Patsy.