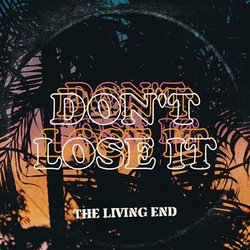 The Living End were formed in 1994 by Chris Cheney and Scott Owen. Their breakout double A-sided single "Second Solution/Prisoner of Society" garnered them mainstream success supporting The Offspring and a double platinum certification from ARIA. With the addition of Andy Strachan in 2002, the band have released six studio albums with two reaching the No.1 spot on the ARIA charts, and have won 5 ARIA awards.

‘Don’t Lose It’ is the first piece of new music from The Living End since 2016’s Shift and the first to emerge from an inspired writing and recording session done in Berlin earlier this year. The track itself is a clarion call of breadth fire and intensity still stirring strongly within Chris, Scott and Andy.

Stay tuned for what's to come from one of Australia's most loved and pioneering bands.


‘Don’t Lose It’ is a clarion call to the breadth of fire and intensity still stirring strongly within Chris, Scott and Andy. The track itself is quintessential Living End - packed with killer riffs, hooks and choruses. It is the first release to emerge from an inspired writing and recording session done in Berlin earlier this year.