The Little Lord Street Band - Waking Up Next To You 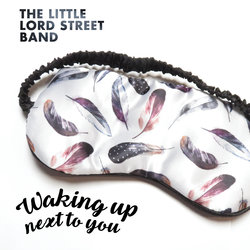 Winners of the Best Country Act at the 2017 Western Australian Music Awards (WAM Awards), The Little Lord Street Band, are kicking off 2018 with their pleasantly quaint single ‘Heartache Moon’ ahead of their next EP release (out April).

The Perth-based Alt-Country/ Folk-Rock band finally picked up the WAM Award after missing out in 2016 (for Best Folk Act and Best Country Act). Having their arduous efforts for 2016/2017 recognised is yet another milestone since forming in 2014.

The award sits alongside other memorable moments such as recording their EP, ‘Walk With Me’ (released 2016) in Nashville; supporting acts including The Whitlams, Ruby Boots and Jack Carty; as well as performing at a slew of festivals across WA including WAM Fest, Fairbridge Folk Festival and the Nannup Festival.

They are now gearing up for the release of their new EP 'Waking Up Next To You' (out April 13) and first ever national tour in April/May/June.


In the fun-loving manner that makes up The Little Lord Street Band, this is a light-hearted, good-humoured take on a long-term relationship that any well-connected couple can relate to and laugh at because we all have our flaws that push the other halves buttons at times.