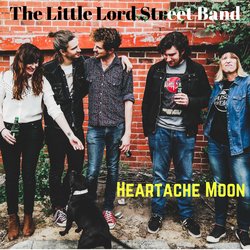 Winners of the Best Country Act at the 2017 Western Australian Music Awards (WAM Awards), The Little Lord Street Band, are kicking off 2018 with their pleasantly quaint single ‘Heartache Moon’ ahead of their next EP release (out April).

The Perth-based Alt-Country/ Folk-Rock band finally picked up the WAM Award after missing out in 2016 (for Best Folk Act and Best Country Act). Having their arduous efforts for 2016/2017 recognised is yet another milestone since forming in 2014.

The award sits alongside other memorable moments such as recording their EP, ‘Walk With Me’ (released 2016) in Nashville; supporting acts including The Whitlams, Ruby Boots and Jack Carty; as well as performing at a slew of festivals across WA including WAM Fest, Fairbridge Folk Festival and the Nannup Festival.

Expect plenty more from WA’s Best Country act of 2017, with announcements coming soon for their West-coast tour alongside the release of their EP with a national tour to follow.


‘Heartache Moon’ is a joyful, upbeat number despite its sadder undertone. James and Natasha’s vocal styles and tones compliment each other as they share the verses, and in beautiful harmony, the band joins in for the short but sweet choruses chanting “heartache moon”.