The Little Lord Street Band - Frankie's Back In Town 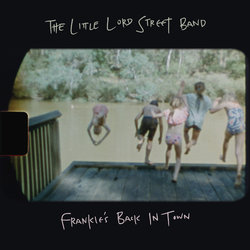 Since forming back in 2014 The Little Lord Street Band have made their presence felt both in WA and nationally, supporting the artists such as The Whitlams, Ruby Boots, Emily Barker, Mick Thomas (Weddings, Parties, Anything), Ed Kowalczyk (Live), Jack Carty (VIC), The Once (CAN), This Way North (VIC) and many more.

Festival audiences have been wooed by the band at Fairbridge, Nannup, Nukara, Boyup Brook Country Music, Harvey Dickson’s Rodeo, Beauvine and State of The Art, with LLSB being regular invitees to perform at boutique events staged by WAM, RTRFM and the City of Fremantle.

Last year’s 'Waking Up Next To You' EP saw a new era of heavy gigging leading into 2019, with Natasha and James touring all over Australia as a duo, receiving Best Country Act at the WA Music Awards and making big impressions at APRA Songhubs, BIGSOUND and the St Kilda Festival.

The EP single subsequently reached the AMRAP Top 10 Chart and gained significant airplay on ABC Country, with both 'Waking Up Next To You' and 'Heartache Moon' getting spins on Double J and Triple J, respectively.

Now, 'Frankie’s Back In Town' is the first taste of The Little Lord Street’s long-awaited debut album.


A joyous Springsteen-esque moment of reflection and celebration as a small town welcomes home a favourite daughter.