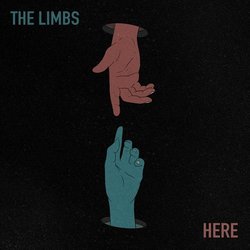 Coming together in 2013, The Limbs became a popular fixture on the WA live scene, quickly locking in shows alongside the likes of Tired Lion and Pat Chow, as the release of their debut EP Beginner put the band further on the radars of many. In the years that have ensued, The Limbs have continued to hone their sound, stemming from an early love of shoegaze and alternative rock, flourishing into a central sound encompassing punk and grunge too.

The band’s sophomore release, Dive In, made an impact all its own, setting the foundation for The Limbs’ sound in 2019. The charging sounds of single ‘Caught Me At A Bad Time’ signalled a new chapter for the band, bolstered by the introduction of new band member Clayton Brown (guitar) and successful shows supporting Jebediah and Abbe May.


‘Here’ is driven by free and driving guitar and vocal melodies, while the rhythm section of the track harks back to the glory days of The Smiths, and the dominating essence of Blur. It is rock music served up with grit, but there’s also a loftiness to James Redman’s melodies that brings the music further into the light.