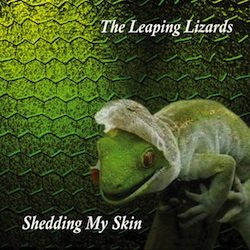 ....The Leaping Lizards were leaping after being told their track had made the AirIt Top 10!.... on top of news of being announced as finalists in the Queensland State Music Awards in the "World" category,

After many years rolling with the punches, the Leaping Lizards and on a new roll & its not a bread one! They play a mix of original folk acoustic music along with rootsy traditional heritage music. They are passionate about keeping Australiana music alive and presenting it in a way that has wide appeal for a whole new generation. Their new, predominately original, album continues to attract attention & a wide array of awards. The Leaping Lizards are cutting fresh edges around present day Australian Acoustic Revival Music. They are loyal to Australia's own "Heritage Roots" music. A leading ambassador band, multiple award holders and first stop for the Aussie cultural gala functions, greeting thousands of overseas corporate business travelers continuously during 27 years of appearances. A 3 piece band from Queensland, The Leaping Lizards are truly one of the most experinced Ambassador Bands of their time.


Whit this track the Leaping Lizards beat a strong field of nominations to take the title of Best National Group at the 2011 Victorian Country Music Awards! Good Old Days is a beautiful song written by Graeme Connors and Mike Kerin. Its a lovely song about reminiscing & life passed.

Other tracks by The Leaping Lizards: Shedding My Skin  -  Silver Eyes
%