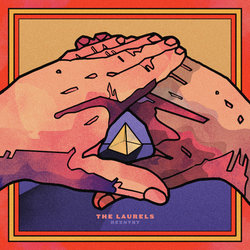 It’s been four years since The Laurels critically acclaimed debut album ‘Plains’ and many wondered if they’d ever hear from the band again.

The relentless touring that followed the release of 'Plains' saw the band pushing the limits of what they could achieve as a live band and yearning for a new approach in the studio. Growing particularly fond of golden age hip hop with classic albums from GZA and Nas dominating the touring van’s stereo, the rawness and grittiness of hip hop production felt new and inspiring to a band that had become renowned for their lush sonic textures.

Following hard drive crashes and lineup changes (Jasper Fenton now in on drums), the band built their own studio space and a year and half of intensive sonic experimentation began. Dropping money on old hardware samplers, synthesizers and bargain bin record finds, they began employing the techniques used by the old school hip-hop producers they’d been inspired by.

Contrary to popular belief, The Laurels have not spent the past four years punching cones. They’ve overcome adversity to craft an eclectic collection of music which they are thrilled to share with you.


'Reentry' is the first single to be lifted from The Laurels highly-anticipated sophomore record 'Sonicology' out October 14 on Rice Is Nice. Written with the express intention of being the first song it opens the album with its rollicking drumbeat as church bells ring out over blistering fuzz guitar riffs.