The Laurels - Monkey On My Back 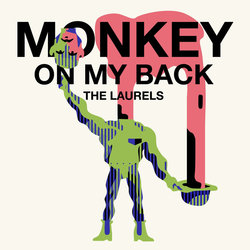 Known for their compelling song-writing and excruciatingly long breaks between albums, The Laurels are back with ‘Monkey On My Back’, the first single to be lifted from their forthcoming and highly anticipated third record.

Following the release of their debut album Plains in 2012, the much-loved neo-psychedelic band spent years in their homemade studios assembling a kaleidoscopic collage of meticulously crafted samples and breakbeats for their sophomore effort, Sonicology. When it came time to tour however, their ability to deliver the songs in a live environment proved stifled.

Three years later, the Laurels have regrouped. The new addition of drummer Ben James brings a fresh dynamic to The Laurels’ sound, which the band credit for their inspired approach to the production of their new record. Migrating away from their lengthy recording processes to place an emphasis on live performance, The Laurels are excited to debut their first single recorded with the new lineup.


‘Monkey On My Back’ combines raw guitars and layered harmonies that are driven by a soulful rhythm section. The track sees the band regain the energy they captured on Mesozoic, the pop sensibilities displayed on Plains, and the hip-hop production aesthetic developed on Sonicology.