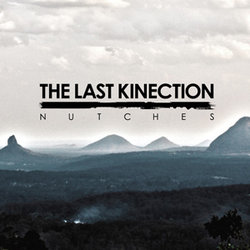 The Last Kinection are an Indigenous hip hop trio made up of brother and sister Weno and Nay, as well as DJ Jaytee.

No strangers to the music industry, The Last Kinection have had significant success and experience for years before the group formed. Naomi (MC Nay) was one half of R&B Pop group Shakaya and signed with a major multinational label at the age of 16, quickly climbing the ARIA charts and selling platinum singles and a debut album. Joel Wenitong (Weno) and Jacob Turier (Jaytee) were on the rise as part of the infectious group Local Knowledge (Music Oz’ Best Indigenous Artist in 2005; Best Group in the 2005 Deadly Awards) before it folded. Disheartened and frustrated, all three quickly moved on to form The Last Kinection, and the adventures of the inspired trio began.


Elefant Traks is proud to be reissuing a deluxe version of TLK's debut album Nutches (Noo-chez) for NADIOC week. Dubbed a 'classic' by the ABC, it contains the beautiful single Balooraman which has been remixed by JayTee - core member of the group.