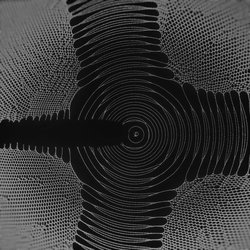 Giving fans a further glimpse into his new direction, the official release of ‘KILLING TIME’ was paired with thumping instrumental track ‘1.618’. The double-drop followed on from another two-track release in 'P()L4R' and 'C()D3X', with the former striking a chord with fans and tastemakers across Australia, UK and Europe and was celebrated with sold-out shows across Australia’s East Coast.

It’s been a busy couple of years for the Brisbane producer. The release of his debut self-titled album in 2017 which saw him nominated for an ARIA award, three national headline tours, much-talked about sets at Splendour in the Grass and FOMO festivals amongst others. In 2018 he released single 'Give It Time', won a Queensland Music Award, played captivating sets at local and international festivals. Then there was also the release of mini album The Kite String Tangle Presents: In A Desperate Moment which resulted in two sold out shows with the Queensland Symphony Orchestra in Brisbane. All this came alongside the announcement of his own record label Exist. Recordings which has put out well received releases from Brisbane producer Golden Vessel and sibling duo Lastlings.


From his current base in Berlin, The Kite String Tangle reveals a hauntingly beautiful acoustic version of his current single ‘KILLING TIME’ ft. Eliott. Keeping the blissful combination of his vocals joined with Eliott’s, the acoustic version adds in a powerful string accompaniment to bring a spotlight on the track’s vulnerable moments and heartfelt emotion.