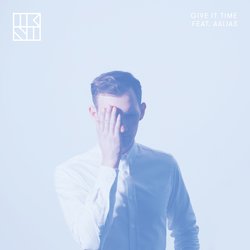 It’s been an exciting few months for The Kite String Tangle with a Queensland Music Award win, international festival performances at Primavera (Barcelona), The Great Escape (Brighton), Dot to Dot (Manchester, Bristol, Nottingham) and We Love Green (Paris), a sold out London headline show as well as headline shows in Berlin and Amsterdam. Then there was also the release of mini album The Kite String Tangle Presents: In A Desperate Moment which resulted in two sold out shows with the Queensland Symphony Orchestra in Brisbane.

2017 saw the release of The Kite String Tangle's debut self-titled album which reached #1 on the iTunes Electronic charts and made a Top 10 debut on the iTunes Album chart, two national headline tours, much-talked about sets at Splendour in the Grass and FOMO festivals amongst others, AUS/NZ support for US electronic duo ODESZA, a support at the Brisbane Festival for London Grammar, and a co-headline slot on Red Deer Festival.

All this came alongside the announcement of his own record label Exist. Recordings which put out well received releases from Brisbane producer Golden Vessel and sibling duo Lastlings.


‘Give It Time’ ft. Aalias from The Kite String Tangle.

Known for co-producing hits such as Eminem and Rihanna’s ‘The Monster’ and DJ Snake ‘Middle’, on ‘Give It Time’ Aalias worked alongside The Kite String Tangle to produce a track that draws you in with a mesmerising harp intro, building to an infectious groove and Harley’s unmistakably smooth vocals.