The Jensens - River of Gold 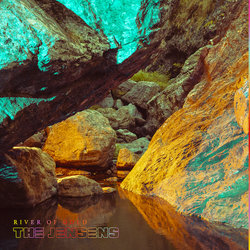 The Jensens are wasting no time at all, with a second self-produced album slated for release in mid-2020. Loaded with a refined blend of psych-rock and disco, it’s their truest, most optimistic expression yet of 21 st century life. The band will also be touring nationally this year to support the record and its singles.

Their unique sound and magnetic live show earned them a slot at 2019’s Splendour In The Grass. As well as other past festivals, including the inaugural Grampians Music Festival, Jungle Love, Valley Fiesta and many more.

The band have also supported several well-known acts from both Australia and overseas, including The Vaccines Last Dinosaurs, The Bleeding Knees Club, The Delta Riggs, Kingswood and The Belligerents.


The Jensens release their first single for the year, 'River Of Gold', a majestic 'Ziggy-Era' Bowie inspired track with hints of Arcade Fire and MGMT. This energetic uplifting track is "about making someone you love see the best in themselves, when they can only see the worst".