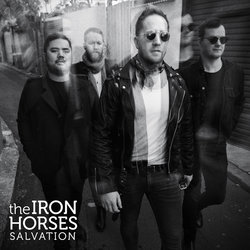 Formed in 2015, the band released their debut EP, Stop To Start in 2016 and played over 50 shows in and around Sydney over that year.
They followed the EP with the singles What Did You Expect, Two Kinds of Lover ahead of releasing their breakthrough song Traffic in early 2017.

Earlier this year they released April Rain which was picked up for major radio play across the country.


The ethereal reverb on 'Salvation' runs all the way through the song and the chorus hits like a heavy weight. - Echoes of 90s indie rock a plenty. This is a sublime track.