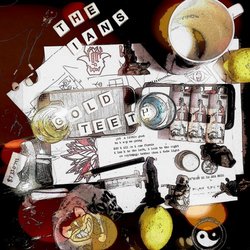 Taking cues from Nirvana, The Strokes, and Bob Dylan, The Ians are a modern grunge band best experienced live. With sharp hooks and thrashing guitars, The Ians play their music like only a band who’ve done the hard yards can play.

Since inception the young upstarts have had a whirlwind 12 months, releasing their debut EP ‘Elephant Fresh’ and amassing 40,000+ video views, 10,000+ Spotify streams, and receiving inspired reactions from fans online…

In support of their EP ‘Elephant Fresh’, 2017/18 also saw the band tour tirelessly across the east coast of Australia, spreading their brand of high-energy alt-grunge to fresh ears, culminating with their appearance at St Kilda Fest 2018.

Following a successful first year, the band now looks ahead to releasing new music, starting with their latest offering; single ‘Gold Teeth’. “We’re really excited to release this song, it’s probably the best thing we’ve done so far. Very keen to take it on the road and we think people will really like it” – Ian.


Sounds like The Strokes and Bob Dylan got thrown through Nirvana’s blender. This eclectic and experimental mix of rock genres is The Ians sound, captured in ‘Gold Teeth’

"This one kinda came out like Dylan/Strokes/Cobain. Sometimes like Gizz/Pixies, Soho/Stones etc. It is what it is." - Ian