The Holy Rollercoasters - Crying At Christmas 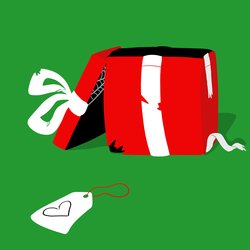 Inspired by the masters of rhythm and blues, the ecstasy and tragedy of love and the beauty and gothicism of the bible, The Holy Rollercoasters are soul, blues and jazz-worshipping Brisbanites.

Looking for a break from the blues after his second album release in 2016, local harmonica playin', finger snappin' Jimi Beavis teamed up with jazz reeds player Andrew Garton for a sojourn into soul.

Having previously arranged horns and playing bari sax with Beavis’ solo project, Garton was living in Melbourne, writing his masters in jazz composition and playing with Mojo Juju. Beavis had lyrics for this new project but few melodies whilst Garton had more music than he could deal with, so ideas started flying back and forth across the East coast. After Garton moved back to Brisbane in 2017, band members were recruited and rehearsals commenced, culminating in the release of the debut single.


Dance floor smashers and posterior wiggle inducers The Holy Rollercoasters follow up their debut double single with a down-home holiday soul jam about trying to get through the trials of the first family Christmas since your lover left. The track features a funky backbeat and signature punchy horns whilst delivering a somewhat sombre tale.