The Herd - Signs of Life 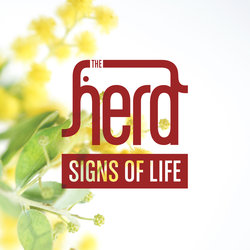 Formed in 2001, The Herd have become one of the most important acts in Australia today, regardless of genre. They may have a hip hop focus but their fan base is possibly the broadest of any band in the country. So many of their releases have become events in themselves, getting discussed well beyond conventional music media: “Burn Down The Parliament”, “77%”, “The King Is Dead” and their cover version of Redgum’s “Only 19”. They aren’t afraid to be political when apathy and indifference seems to dominate popular music.

They tour the country tirelessly with a dynamic live show across venues in regional centres as well as capital cities and have had high profile spots at numerous festivals, including Big Day Out, Falls, Parklife, Groovin’ The Moo and Splendour In The Grass.

2008 saw the release of their 4th album Summerland, which debuted at #7 on the ARIA Album charts and reached #2 on the Top 40 Urban Album charts and was nominated for an ARIA. The album went on to win 'Best Independent & Urban/Hip Hop Album' at the AIR Awards that year.


Signs of Life is inspired by the human spirit, amongst the upheaval of natural disaster