The Healys - P Stands For Paddy 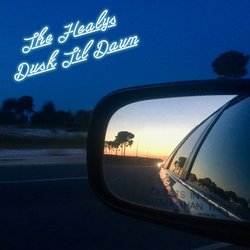 Irish Born & Bred, the brothers Healy brought their passion for Irish & folk music to Australia in 1998, where they now reside & have spent many years perfecting their song writing, sound & performance creating a truly authentic but more modern version of what is deemed to be a folk band.

Recently the band were a part of ‘The Vast Project’, an initiative that saw a group of Australia’s finest artists come together in the Pilbara region of Western Australia to create an album, a documentary/movie and many physical art works. The band collaborated in recordings with Nick Sheppard (The Clash), Paul McDermott (Doug Anthony All-Stars), Jae Laffer (The Panics), Sally Seltmann & Ro.


P Stands For Paddy is an old Irish traditional song about true love.

Other tracks by The Healys: Funny Money  -  Spectrum